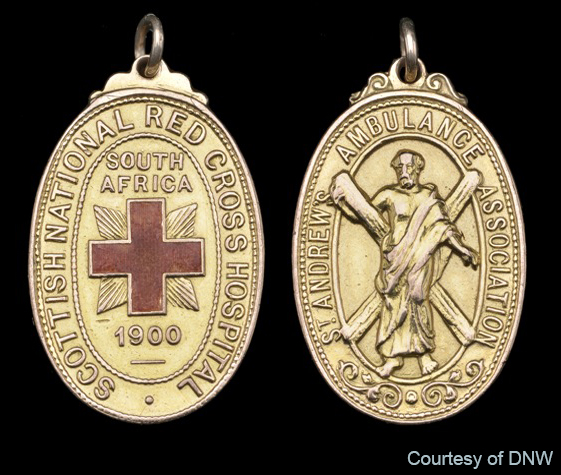 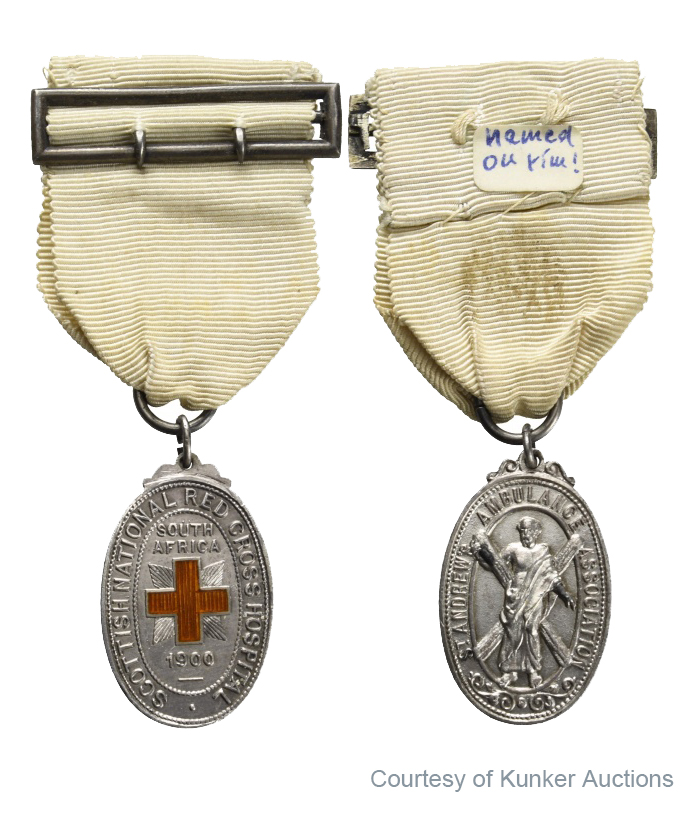 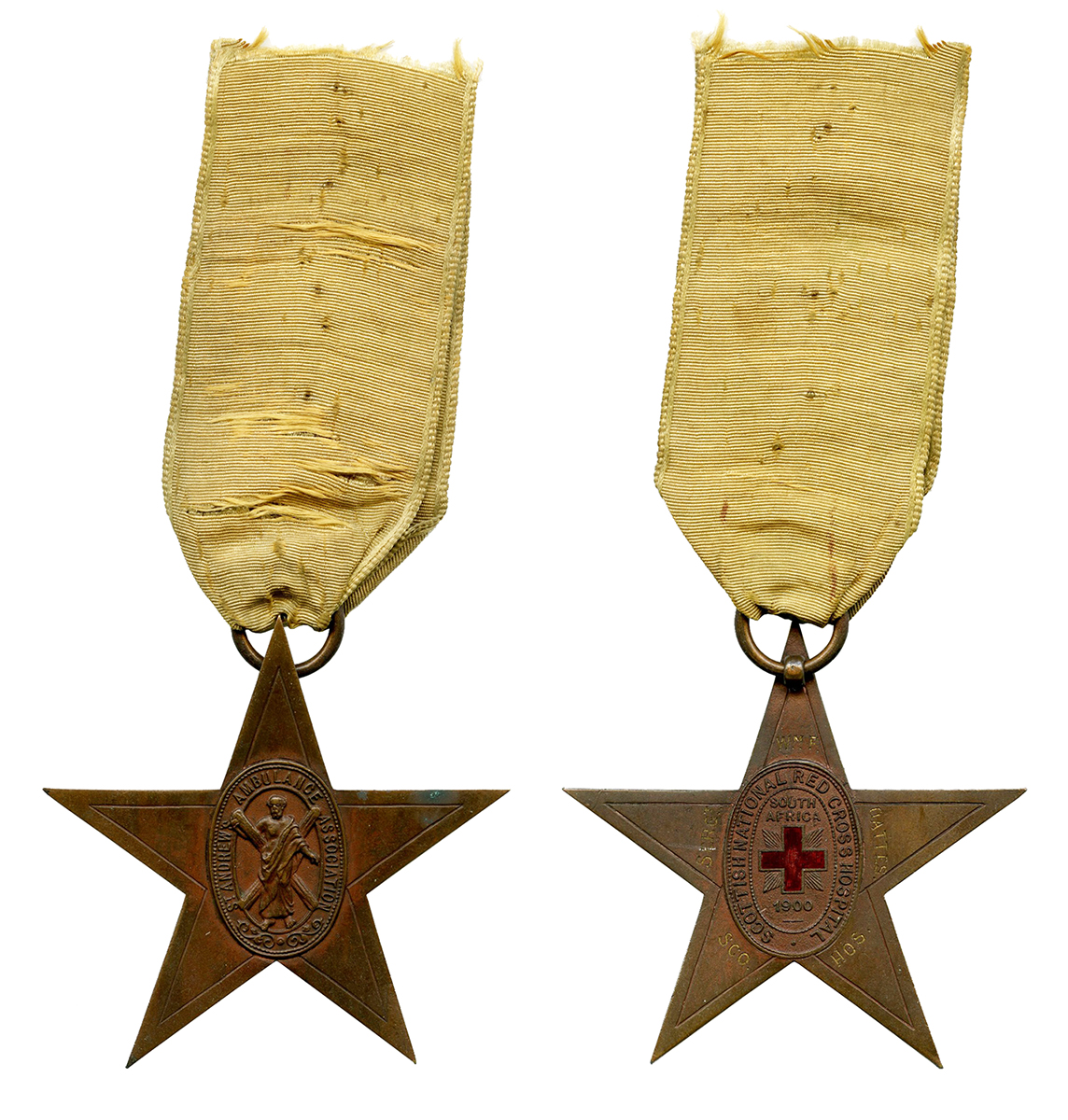 Two types exist: one an oval badge; the other with the badge mounted on a 5-pointed star. The oval badge has been seen in both gold and silver.

Note: the medal presented to Sister Alexander is made of gold; Hibbard only records a silver version.