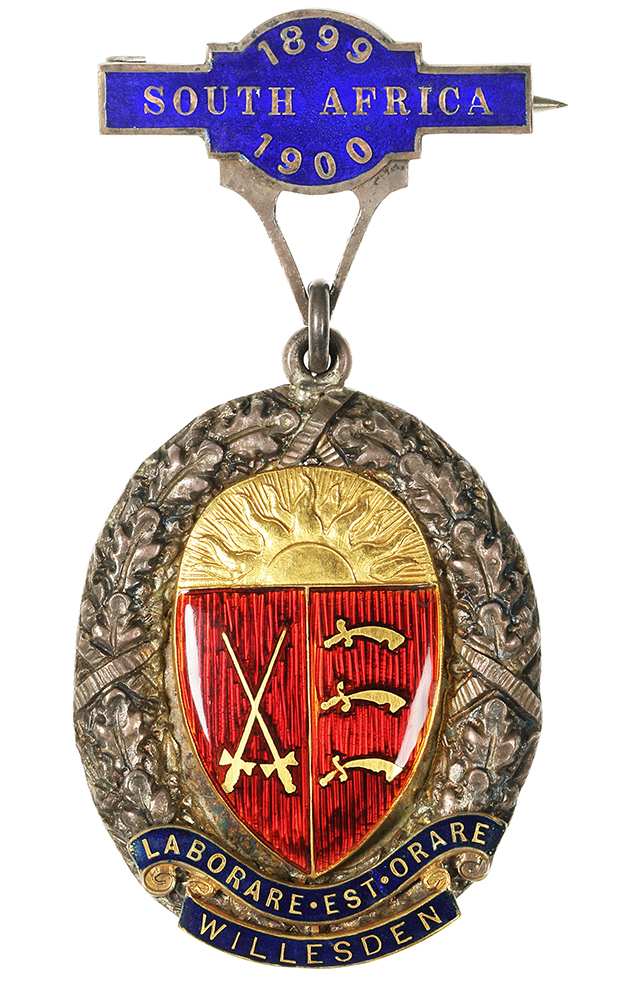 2 unnamed volunteers (The Willesden Chronicle, 09/11/1900 states that 28 men received medals. However only 26 names appear on the published list)

Presentation made by Mrs Crone and Mrs Pinkham, in the Kensal Rise Board School.

"Similar souvenirs are to be given to the others of the fifty-three Volunteers from the parish when they return, and their names are to be engraved on a plate in the Council Chamber at Willesden". Hibbard lists 56 men in Appendix 7 (taken from a plaque, now in Omaha, Nebraska, that was once displayed in the old Willesden Town Hall).

Glasgow Herald: "A laurel wreath in solid silver enclosing a shield, with the arms and motto of Willesden in 18 carat gold suspended from a silver bar with the words 'South Africa 1899-1900' in relief. The bar is connected with the badge with a silver link in the form of a 'V', indicating that the recipient is a Volunteer".

A report of a burglary, published in the Willesden Chronicle (07/03/1902), reads: "The worst incident in the burglary at the Willesden District Council offices on Saturday night, was the theft of the C.I.V. medals, waiting ready for our brave fellows on their return from the Front".

Does this relate to a batch of Willesden tribute medals? Given that the C.I.V. returned in November 1900, the description of the decorations as "C.I.V. medals" seems odd. Or does this relate to the Frampton medallions? 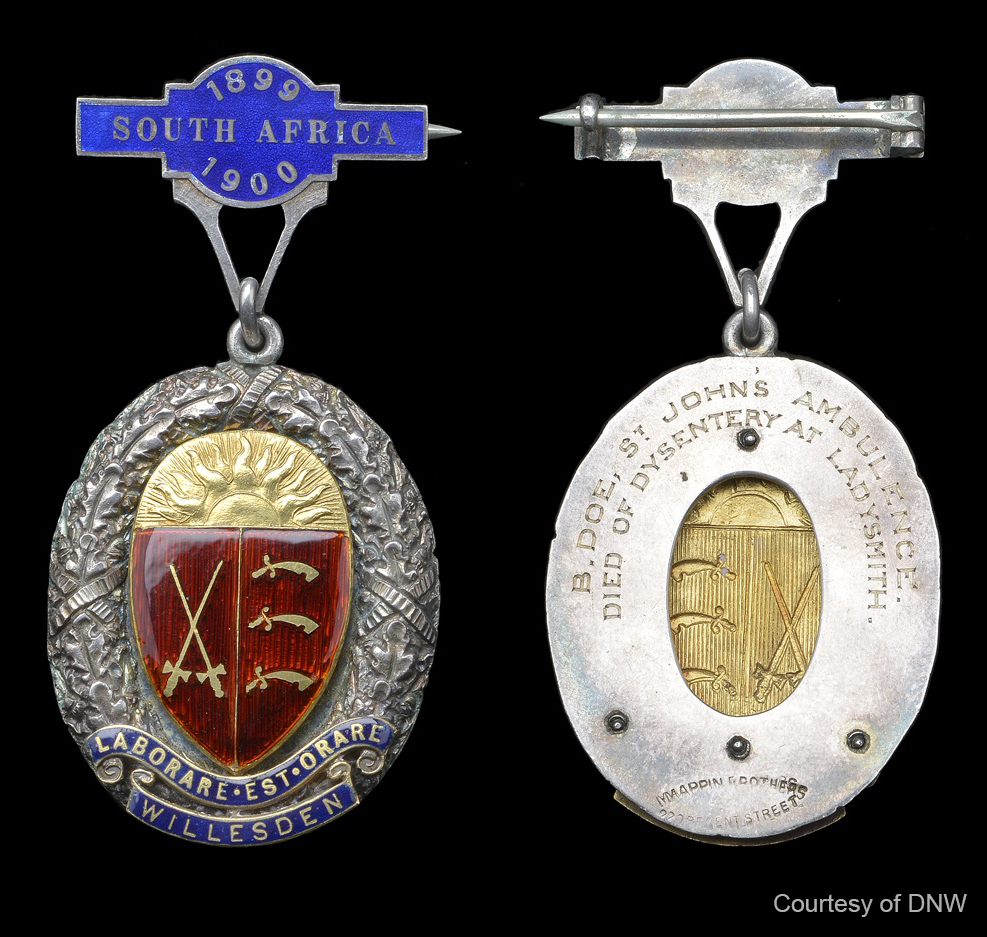