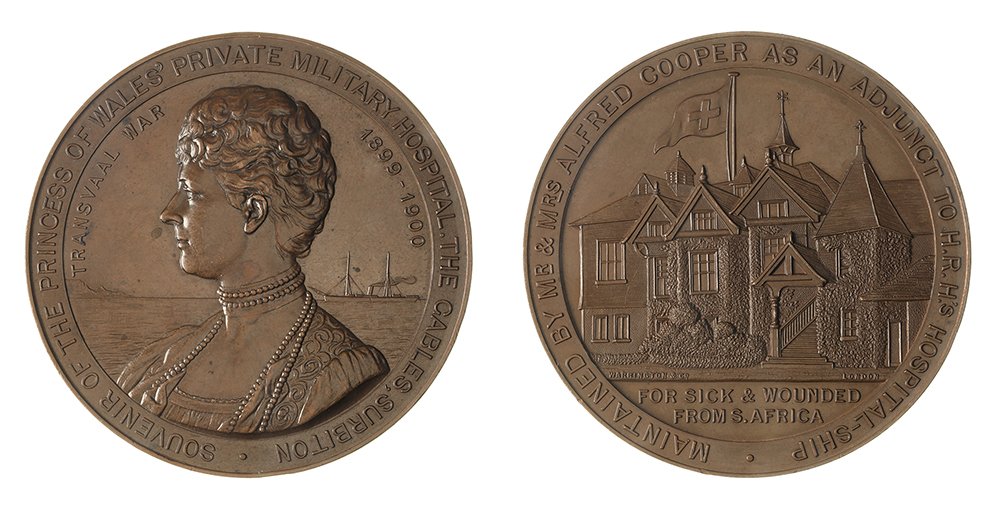 Obverse with bust of the Princess of Wales, and the legend: "SOUVENIR OF THE PRINCESS OF WALES' PRIVATE MILITARY HOSPITAL. THE GABLES, SURBITON / TRANSVAAL WAR 1899 - 1900".

Reverse with view of The Gables, and the legend: "MAINTAINED BY MR & MRS ALFRED COOPER AS AN ADJUNCT TO H.R.H.'S HOSPITAL-SHIP / FOR SICK & WOUNDED FROM S. AFRICA".

"The medal is in three kinds. One in silver will be presented to each of the staff, and to a number of friends who have taken an active interest in the patients. Another in bronze will be given to each soldier who has passed through the hospital from the Princess of Wales’s ship, and a third, in silver-plated white metal, will be given to all other sick and wounded soldiers who have been treated there".

Silver version (above), presented to Henry Betham ROBINSON (1860-1918), Consulting Surgeon. In 1901, Robinson was living at 1 Upper Wimpole Street, Marylebone. He was Surgeon in Charge of the Throat Department, St Thomas's Hospital. The Gables was run by Mr F.C. Abbott, "the eminent surgeon of St Thomas's Hospital" and Gildea 1902 notes that "through his [Abbott's] instrumentality many eminent specialists at St Thomas's, when required, also gave their services".

A small number of bronze gilt medals were also produced. These were presented in the superior blue cases and were presumably given to those who had given the enterprise conspicuous support. 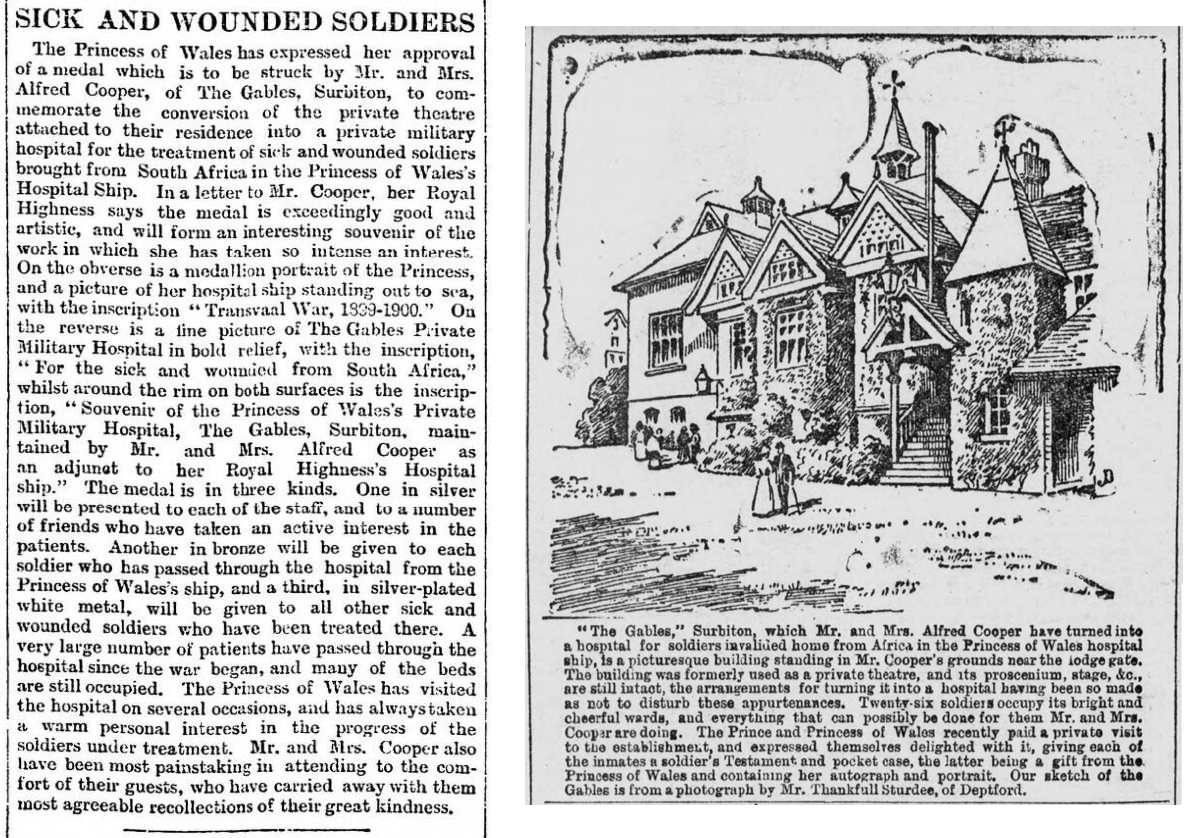 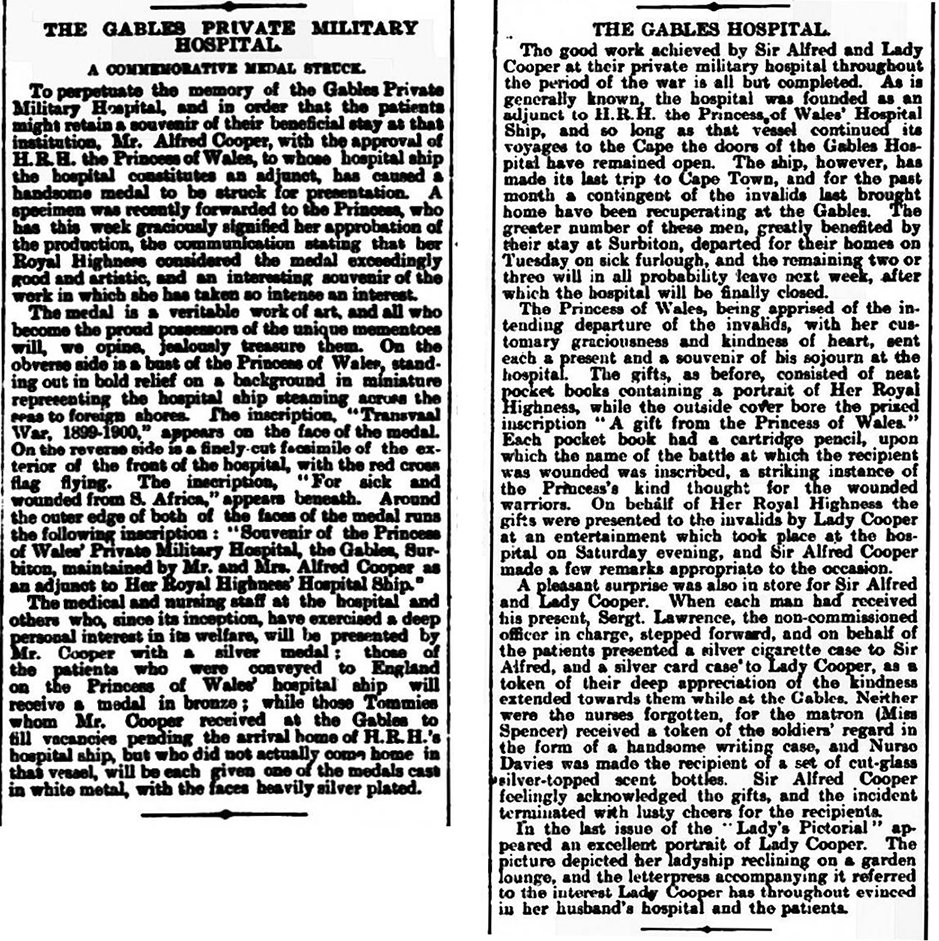