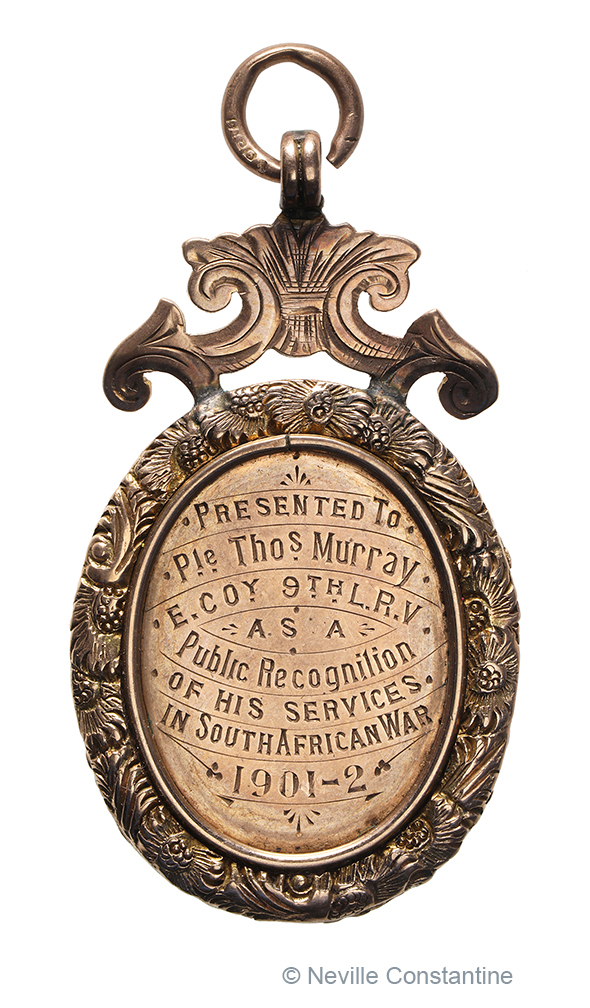 "E" Company was based at Forth, Lanarkshire. Thomas Murray came from Carnwath, 6 miles south of Forth, and transferred from "E" Company to serve with the Imperial Yeomanry.

PRESENTATION TO VOLUNTEERS FROM THE FRONT.

On Thursday, 26th ult., during the evening a large gathering of spectators assembled in the Volunteer Park to witness the distribution of the gold medals to those members who had served a term of active service in South Africa during the late war. The Rev. W.P. Brock, after addressing the audience in a most eloquent manner, called upon Mr David Spiers Fraser to present the medals, which were received amidst enthusiastic cheers.

The company afterwards proceeded to the Victoria Hall, where supper was in waiting, and Hon. Lieut. Wellwood presided, while the Rev. W.P. Brock acted as croupier. After supper a very harmonious and enjoyable evening was spent in song, sentiment, and dancing.