Ryan’s Garrison, including care of all horses: 130

Gamasep Kopje and Laager and Hospital during attack: 120

Mounted men escorting water and convoys between Ryan’s and the Mountain: 50

Summary of engagements, patrols and other incidents 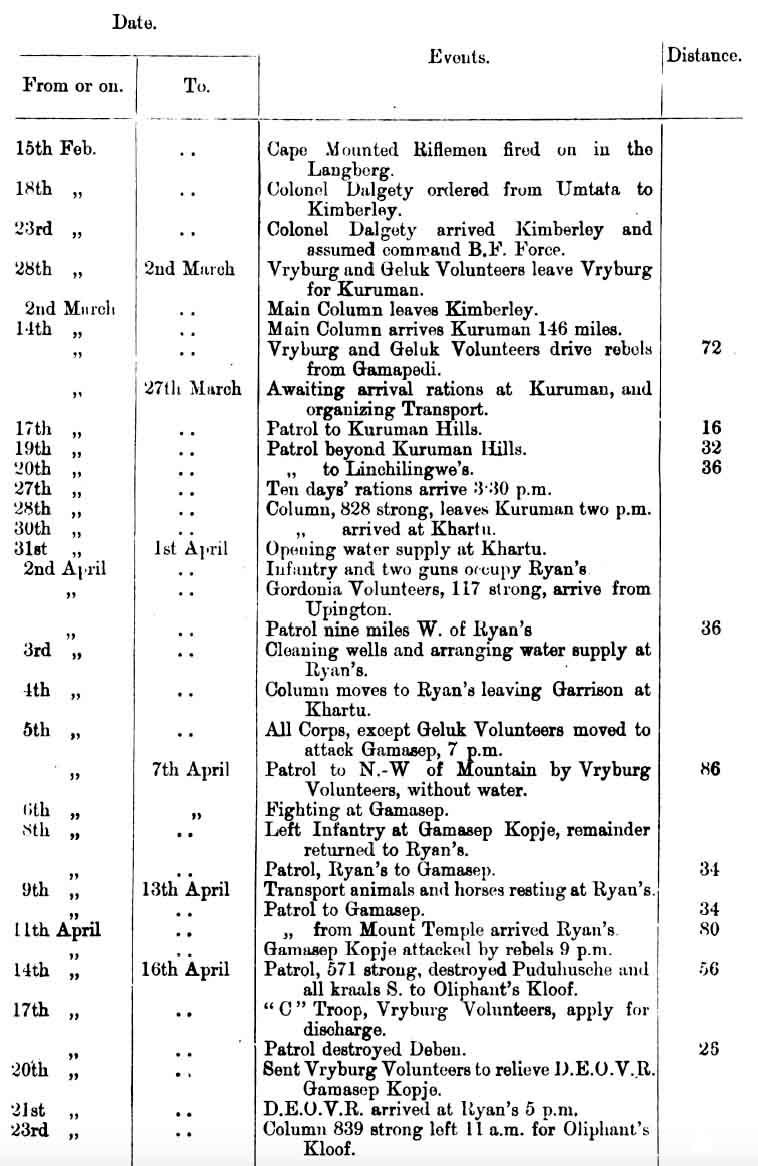 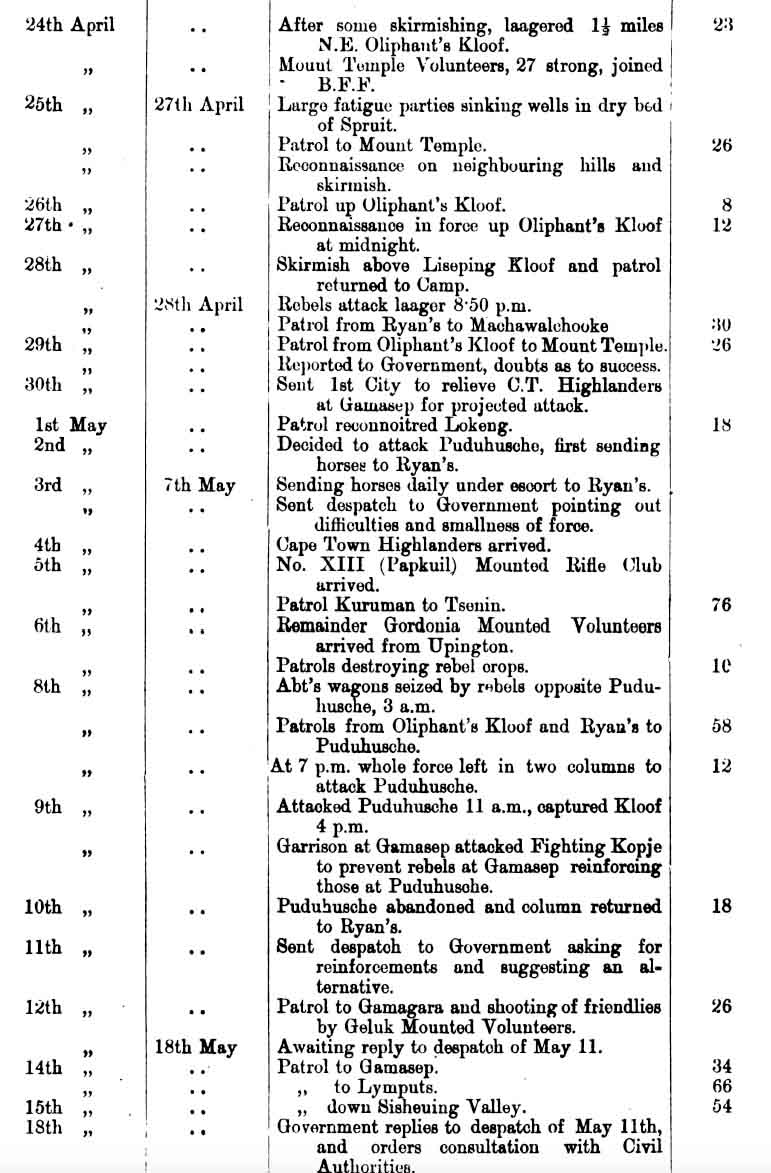 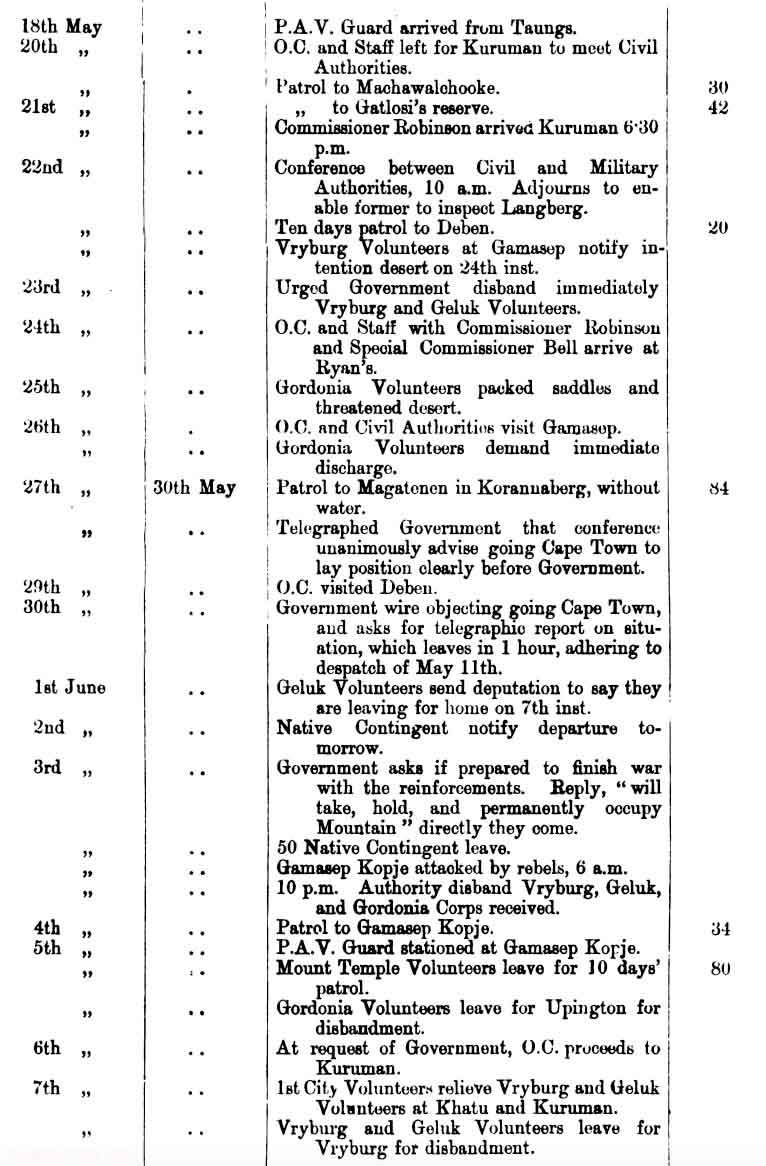 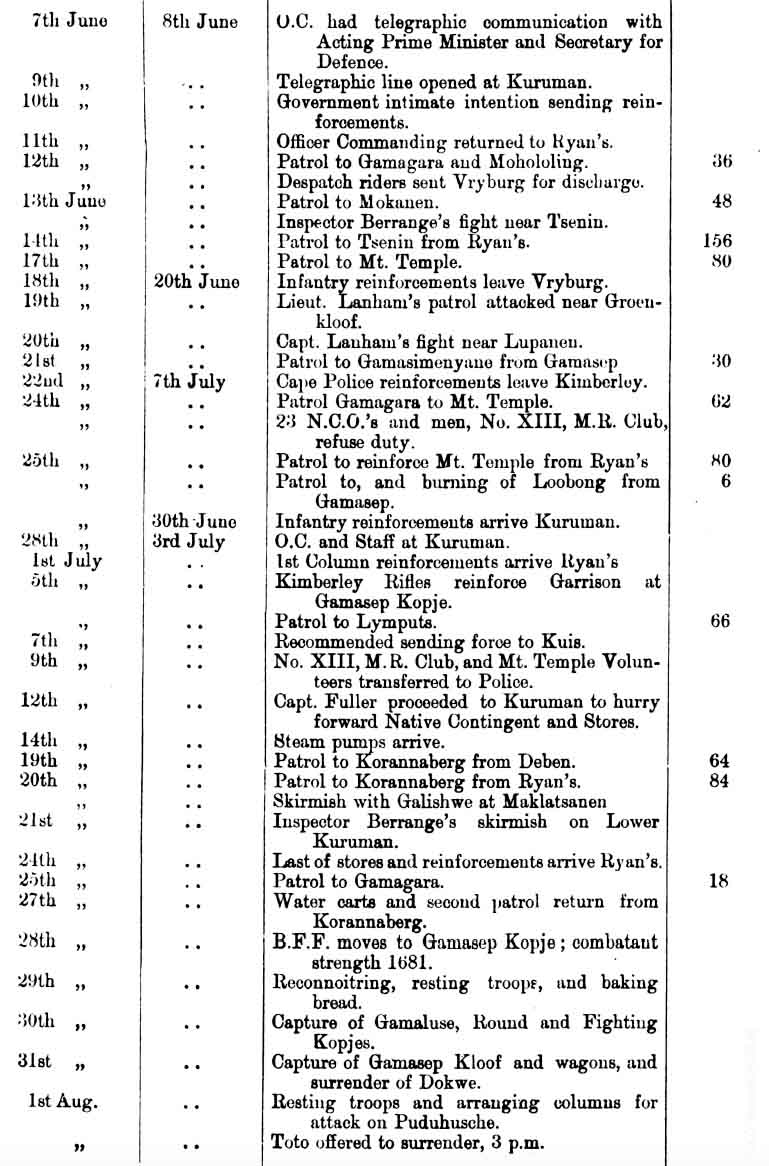 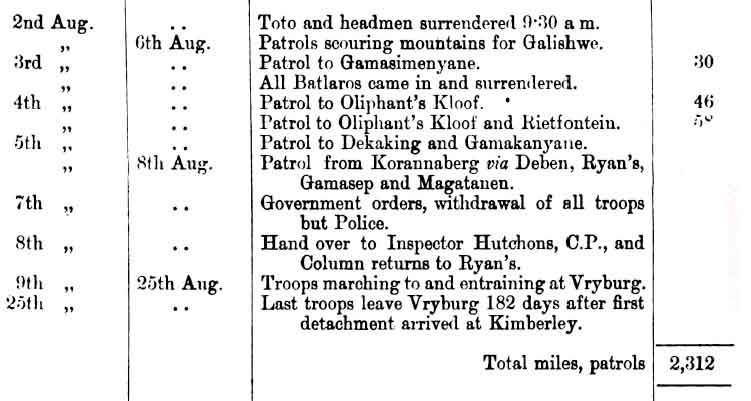 NOTE.—The above patrols only refer to Officers’ patrols, and do not inolude the innumerable small patrols sent out daily from all camps, neither in the mileage is account taken of small patrols detached from the main patrol. For instance, a patrol is sent to Mount Temple from Ryan’s for ten days, but credit is only taken for the approximate mileage between two camps, and not for the six days’ work done by the patrol whilst stationed in the district of Mount Temple. 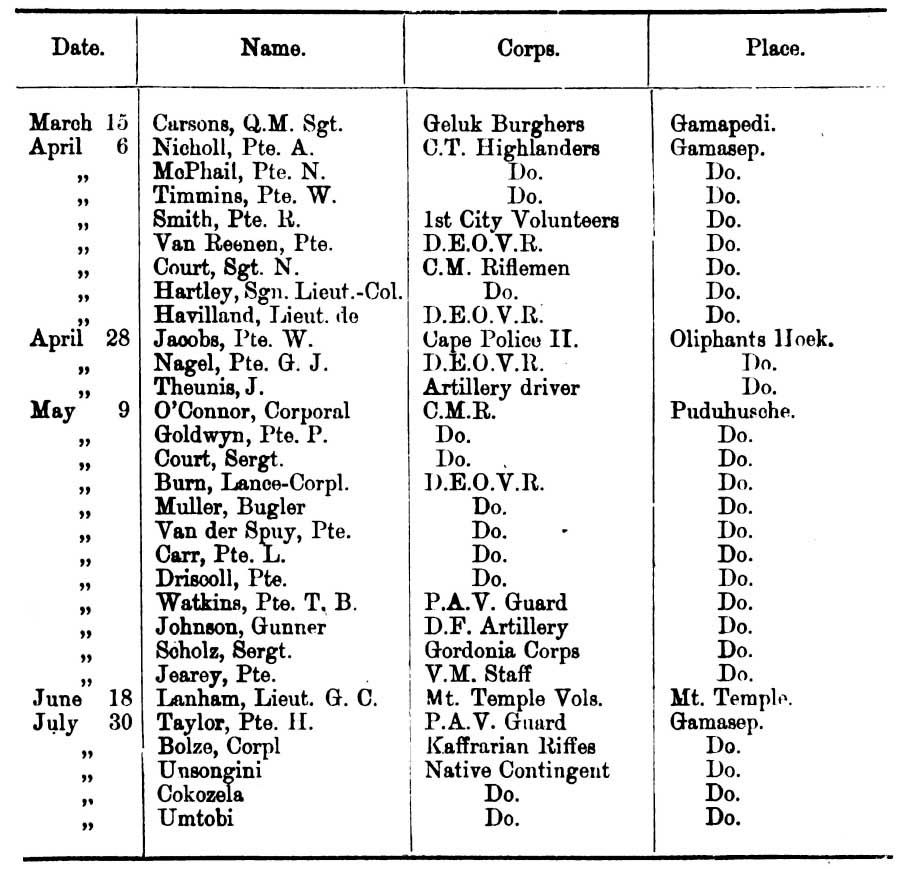