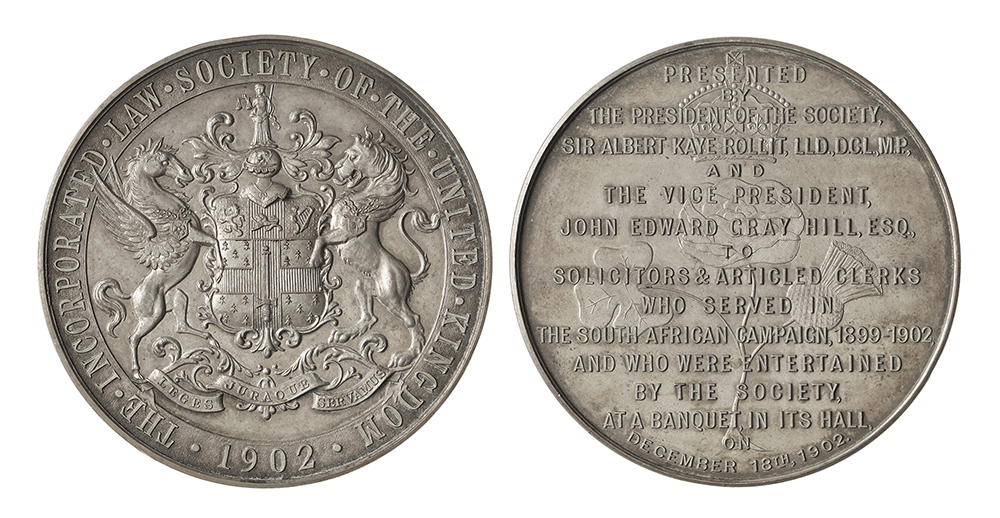 Reverse: "PRESENTED BY THE PRESIDENT OF THE SOCIETY, SIR ALBERT KAYE ROLLIT, LLD, DCL, MP  AND THE VICE PRESIDENT, JOHN EDWARD GRAY HILL, ESQ, TO SOLICITORS & ARTICLED CLERKS WHO SERVED IN THE SOUTH AFRICAN CAMPAIGN, 1899-1902, AND WHO WERE ENTERTAINED BY THE SOCIETY, AT A BANQUET IN ITS HALL ON DECEMBER 18TH, 1902."

According to the official report of the Incorporated Law Society banquet, 176 solicitors and articled clerks served in the South African campaign. Of these, 106 officers & men attended the banquet. Although the wording on the medal seems to imply that only those attending the function would be presented with medals, it seems likely that all combatants ultimately received the tributes.